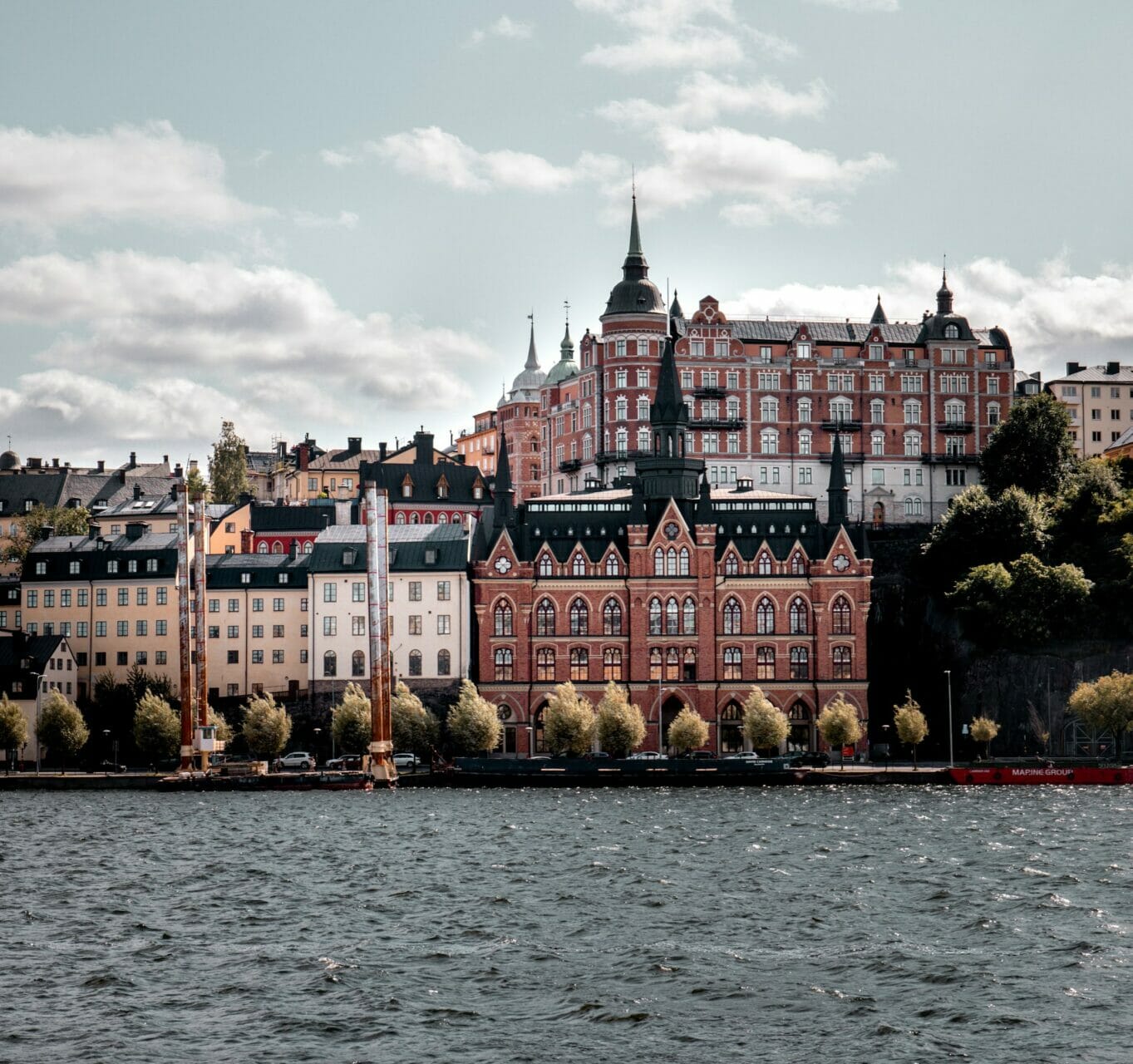 Private Jet to / from Stockholm

Charter your Private Jet ✈ to / from Stockholm for your next trip. Charter with FirstJets for the best prices and highest level of service.

Hire a Private Jet to Stockholm

Stockholm is one of our most popular destinations for a weekend trip during summer – while it’s too hot in Rome or Paris. Whether you are coming for some sightseeing or to enjoy the archipelago around Stockholm. Stockholm can offer you a wide range of entertainment possibilities.

What can you experience in Stockholm?

On the eastern side of Gamla Stan is Stockholm Castle, which still serves as the royal residence. However, the royal family usually stays at Drottningholm Castle, outside the city. So unless there is an important state visit or other event in the city palace when the palace is closed to tourists, it is also possible to have a look at the inside. “Saluhall” means “market hall” in Swedish and the most famous in Stockholm is the market hall in Östermalm. The building dates back to 1888 and has retained its original appearance, with ornate walls, large windows and red columns.

The market hall is not only worth seeing for its architecture, but also for its abundance of Swedish delicacies. Here you will find typical regional foods such as elk sausage, Västerbotten cheese, fresh salmon and nine restaurants and cafés. 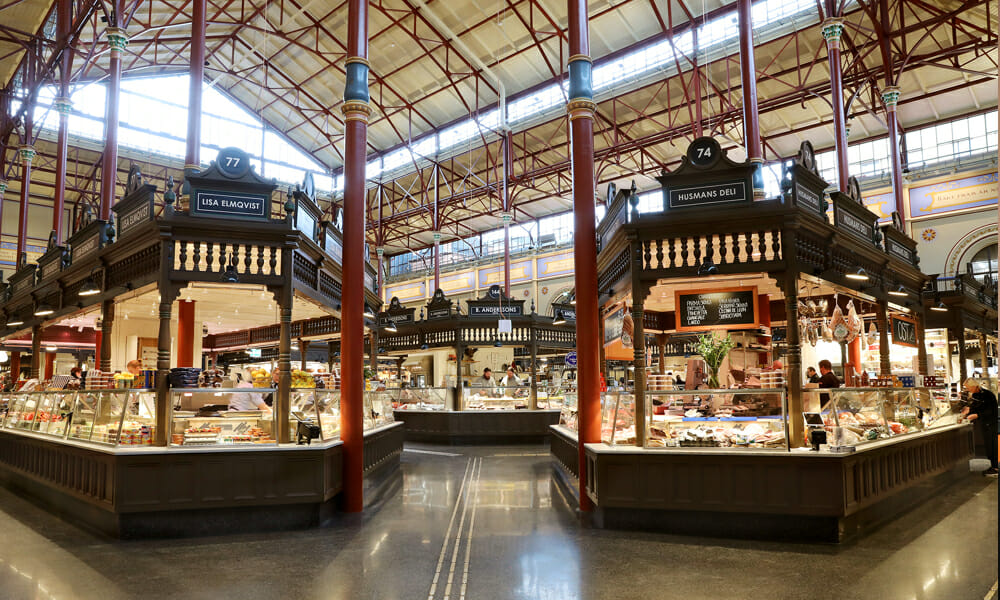 An absolute highlight in Stockholm is the Vasa Museum. It houses the world’s only original warship from the 17th century, from 1628 to be precise. Due to design flaws, it sank on its first voyage in the Bay of Stockholm and was submerged for 333 years. In the 1960s, thanks to modern technology, it was brought to the surface and meticulously reassembled by hand. 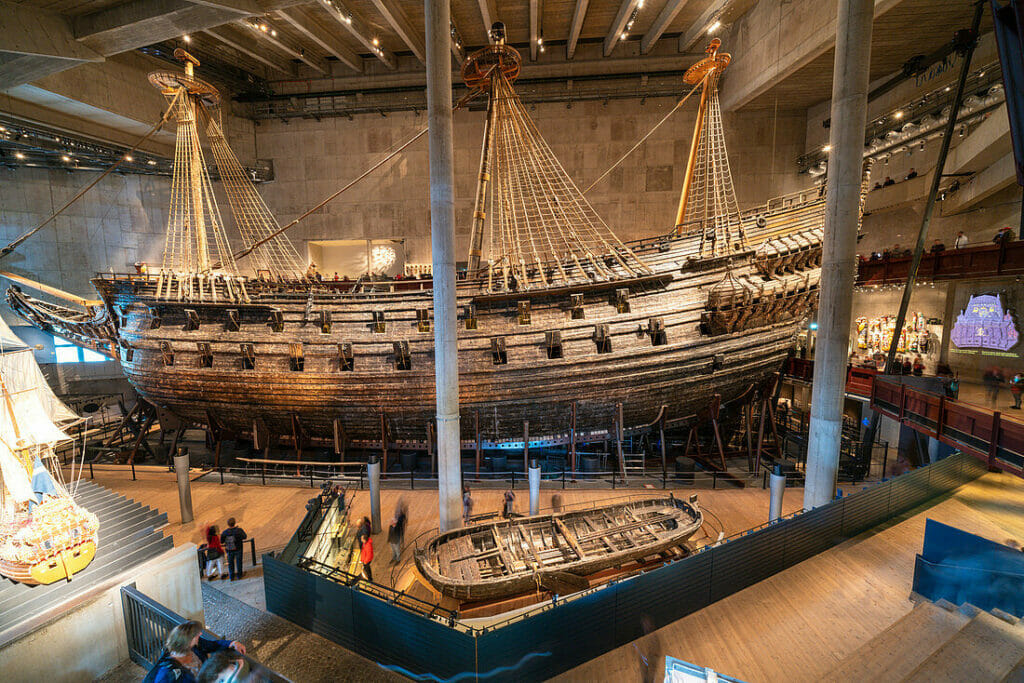 4. Excursion to the Stockholm Archipelago

he Stockholm archipelago is an island paradise of smaller and larger islands that separate Stockholm from the open sea. There are 24,000 islands and they are the number one destination for Stockholmers in the summer.

Some islands are so small that you can just dock with a boat, but others have entire colonies of summer houses with restaurants, bathing spots and small harbours.

What are the best hotels in Stockholm?

Since 1874, the Grand Hotel Stockholm has been the first address for famous personalities and high-profile events in Stockholm. For example, the first Nobel Banquet was held here in 1901. The 5-star hotel is situated in an exclusive location on Stockholm’s harbour and offers a view of the Royal Castle and the island of Gamla Stan, where Stockholm’s old town is located. 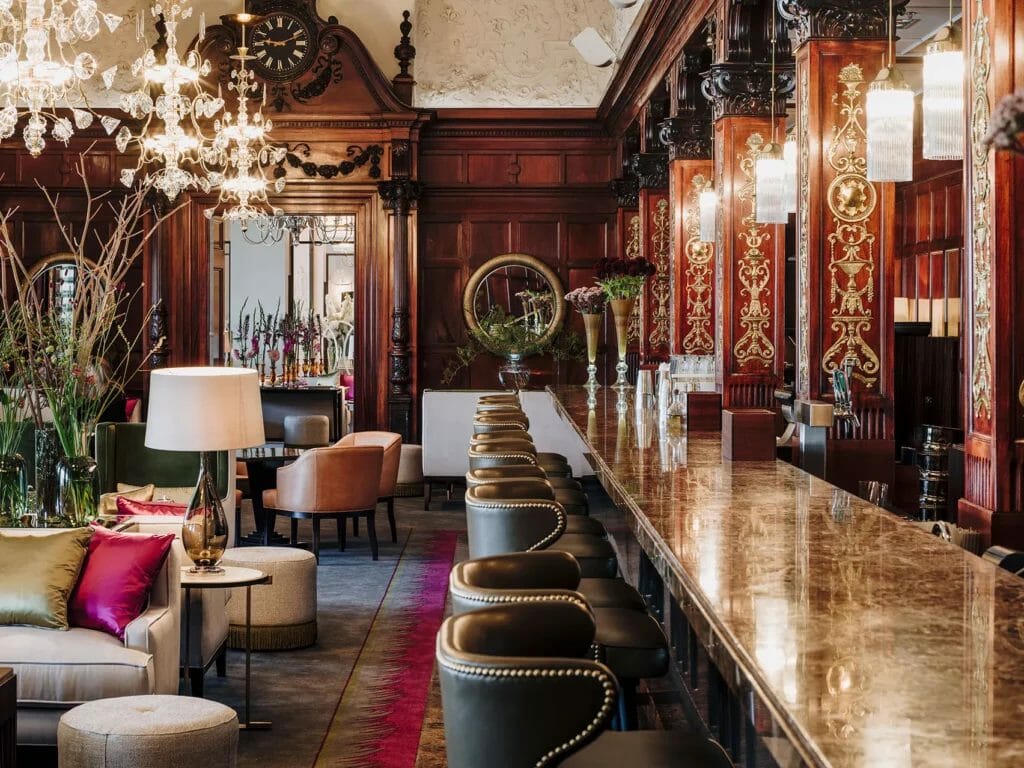 Bank Hotel Stockholm is located just a few metres from the water. The 115 rooms and suites of the boutique hotel have been designed by Swedish artists and combine history and modernity in their design. Those who are also interested in discovering art do not have to leave the hotel building. The hotel has built its own art collection in a former bank vault and exhibits international works from the contemporary art scene. 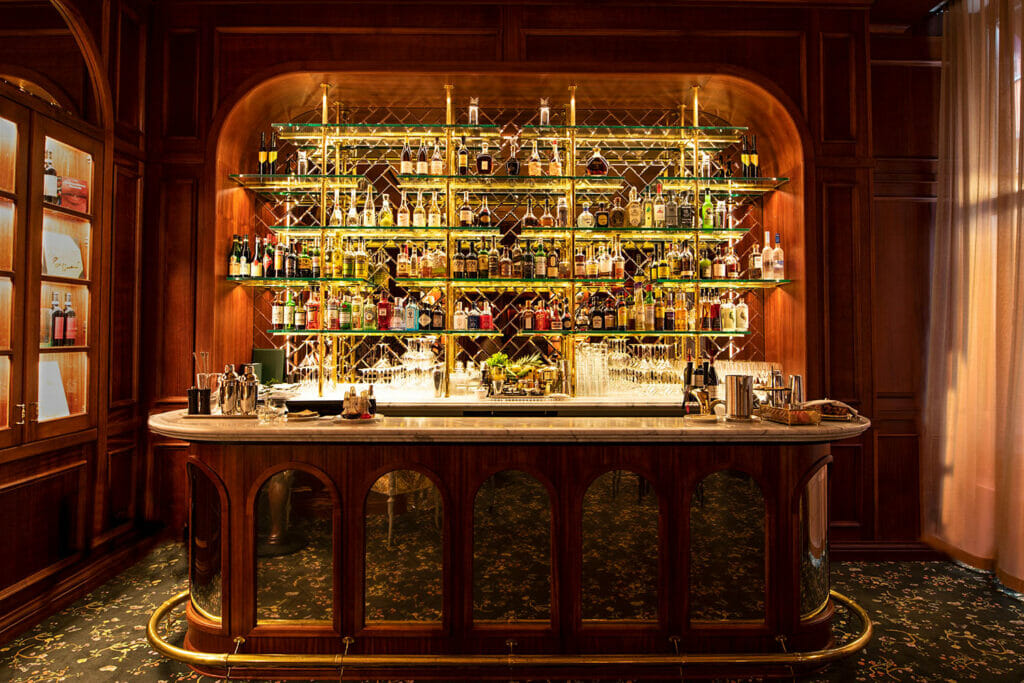 Hotel Ett Hem Stockholm is located about two kilometres from the centre of Stockholm. The building was built as a private home back in 1910. Ett Hem means “a home” in German, and this cosy and authentic feeling is also embodied in the many details and intimate interior design. Ilse Crawford’s design focused on Scandinavian aesthetics and bright and inviting rooms, with selected furniture. The hotel has just twelve rooms and suites, which makes the service all the more personal. 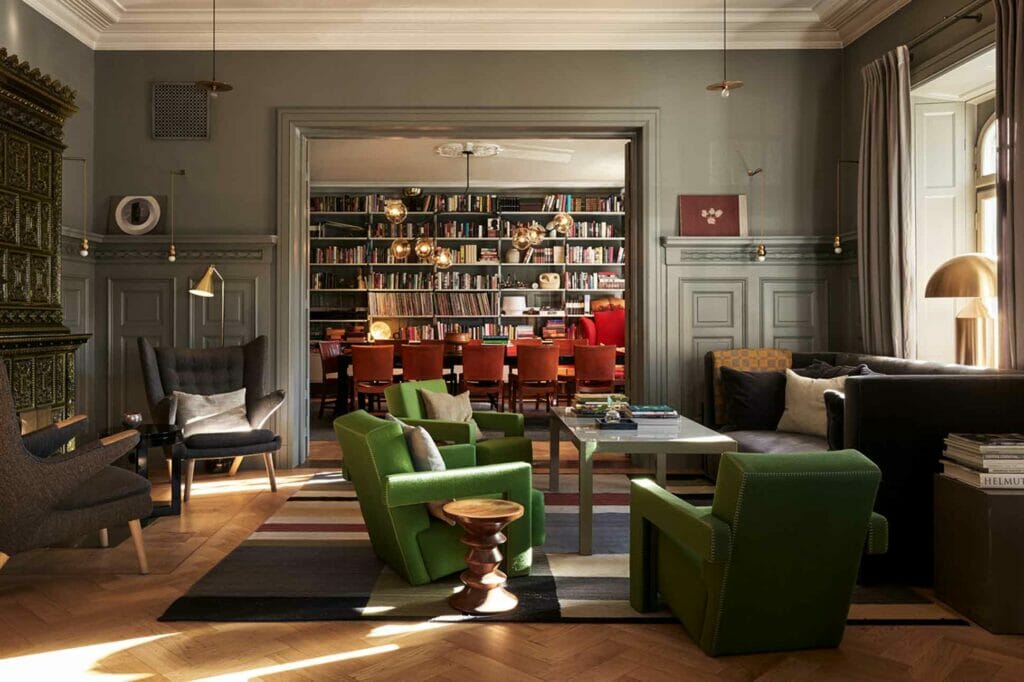 The Hotel Diplomat Stockholm is located directly at Nybroviken harbour in the heart of Stockholm. Originally built as a residential palace, the building was converted into a luxury hotel in 1966. As a result, all 130 rooms and suites of the 5-star hotel are completely individual and unique. The long-standing interest in art is reflected in the furnishings. The hotel’s corridors are decorated with Swedish paintings and there is a frequently changing photo exhibition on the first floor. 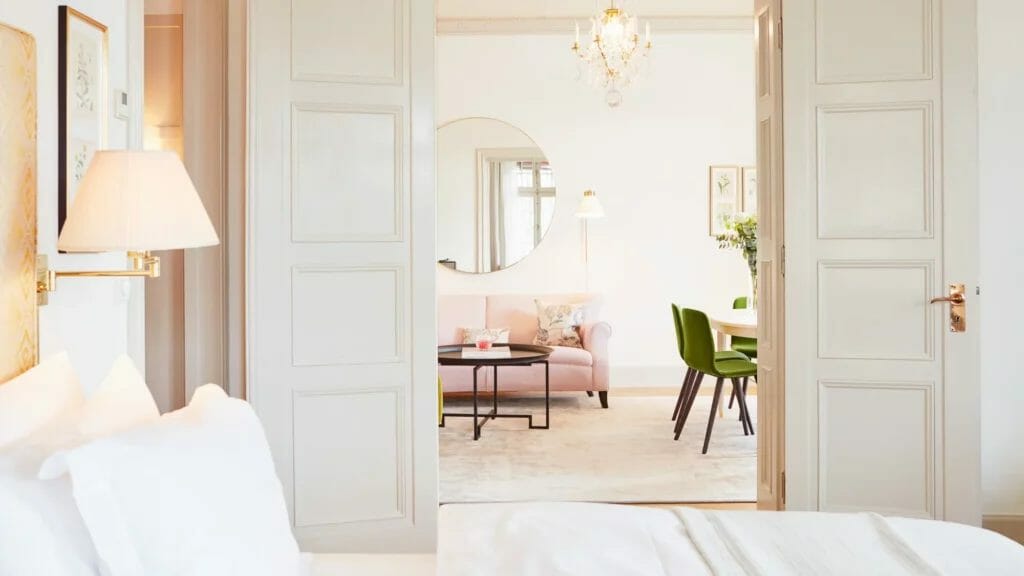 Why book your private jet with FirstJets?

Whereas with commercial airlines you can only land at Arlanda Airport and you might be stuck in traffic flying private to Stockholm with FirstJets enables you to arrive at Stockholm Bromma Airport only 8km away from the city centre. FirstJets uses it long experience in organizing private jet travel for VVIPs and corporates to offer you street wide the best service.

What is the best airport for flying with a private jet to and from Stockholm?

Your FirstJets flight specialist team is here to assist you with finding the best airport in Stockholm for your needs.

Charter your private jet to Stockholm with FirstJets today. Reach out via the booking form or via email bookings@first-jets.com – or easily via the WhatsApp button on the right side.