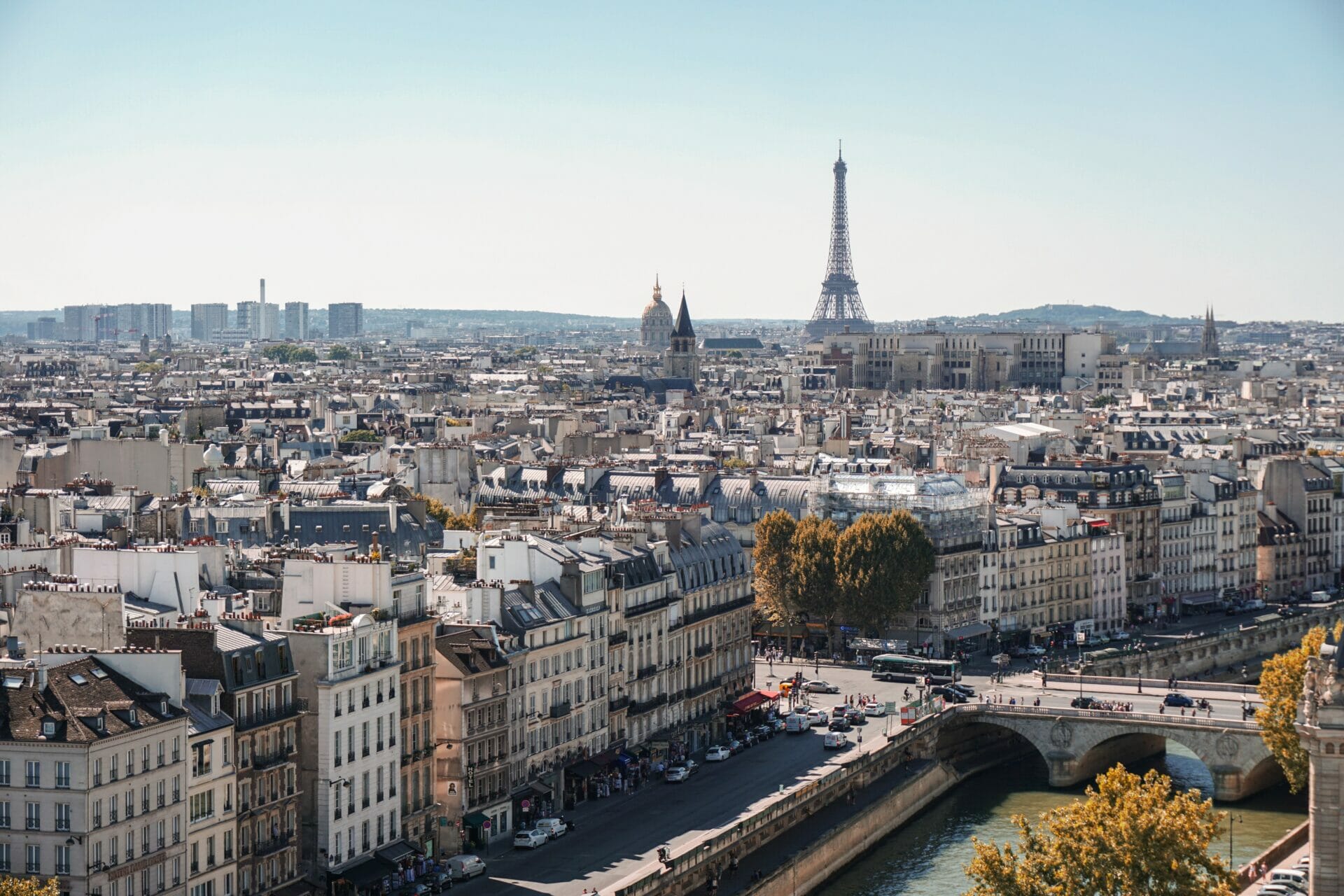 Private Jet to / from Paris

Charter your Private Jet ✈ to / from Paris for your next trip. Charter with FirstJets for the best prices and highest level of service.

Charter a Private Jet to Paris

Paris is one of our most popular destinations during spring and autumn besides London and Rome. Whether you are coming for some sightseeing or shopping or for one of the over 37,000 restaurants. Paris has definitely something that matches your taste

What can you experience in Paris?

You’ve had a delicious snack and coffee in a cute café on the Seine, now you’re walking along a magnificent boulevard and buying a bag you’ve always wanted. Continue on to an exhibition of world-famous painters. In Paris, you can enjoy beautiful parks and streets, see unforgettable architecture and indulge your passion for art and culture. We give you an overview of the sights in Paris that you shouldn’t miss.

It is not only the strongest tourist magnet in Paris, but the most famous sight in all of France. Visible from almost the entire city, the Eiffel Tower is mighty and graceful: the world’s most romantic steel construction is 324 metres high and weighs more than 10,000 tonnes. The landmark of Paris was built by the eponymous French engineer Gustave Eiffel for the Paris World’s Fair in 1889. 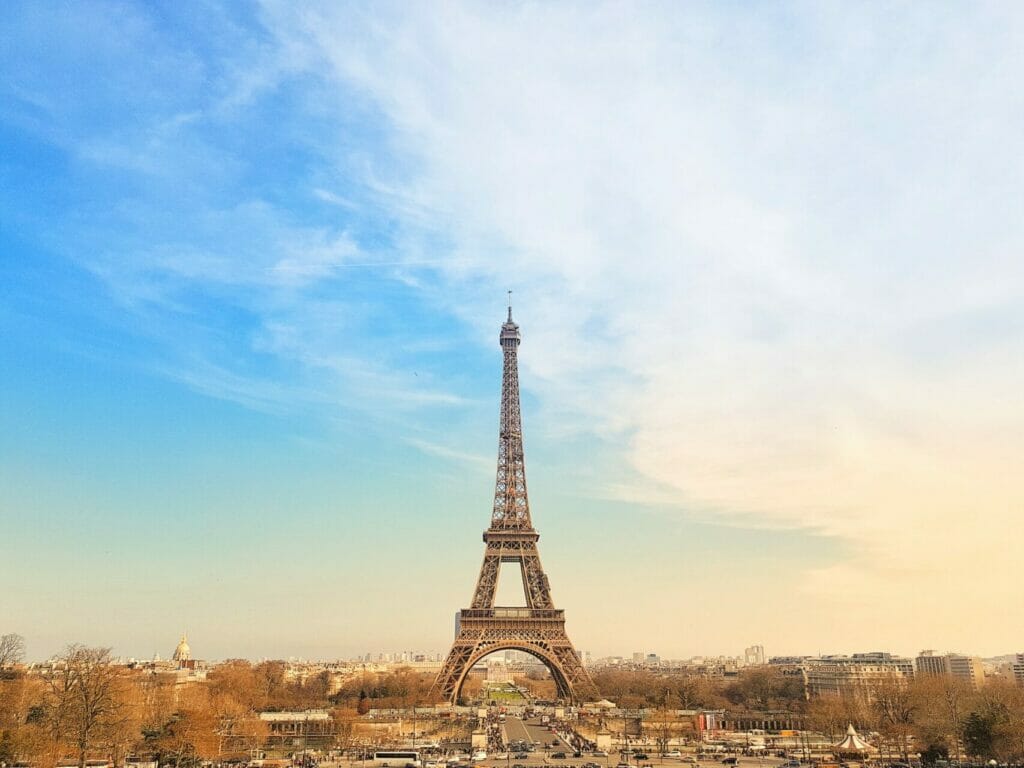 The Arc de Triomphe is 50 metres high, 45 metres long and 22 metres wide, built in the style of Roman antiquity and decorated with martial-patriotic reliefs. Emperor Napoleon commissioned the Arc de Triomphe in 1806 to glorify his victories. Today it houses the Tomb of the Unknown Soldier with an Eternal Flame. 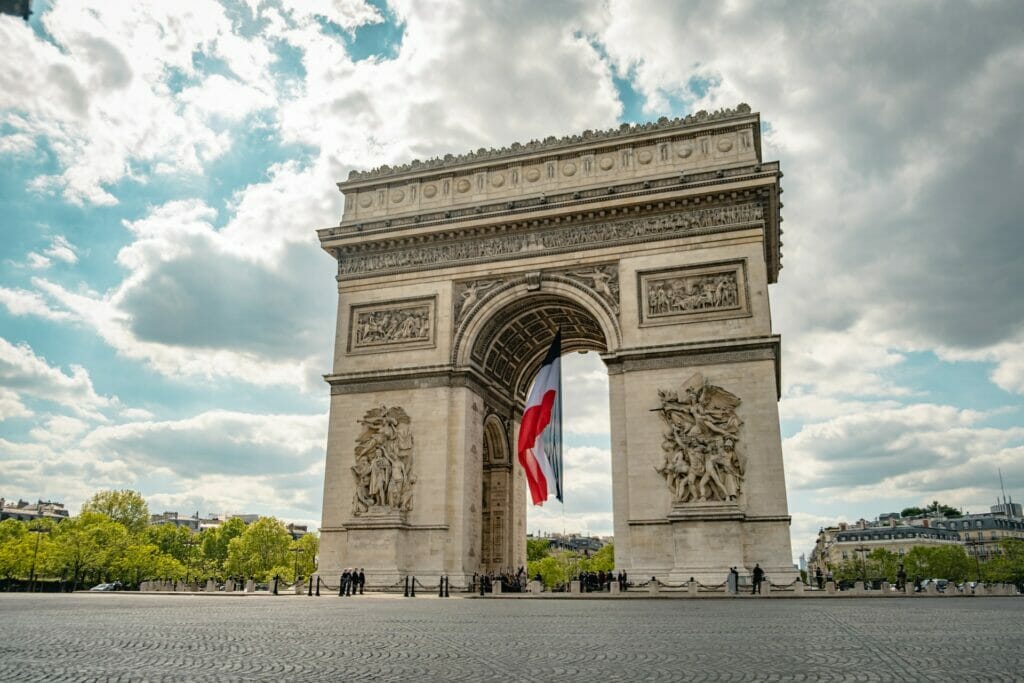 The Palace of Versailles was the main residence of kings, including the Sun King Louis XIV, from the mid-17th century until the French Revolution. The Baroque building is half a kilometre long and impresses visitors:inside with its lavish interior with lots of gold as well as the imposing gardens in strict geometric shapes. 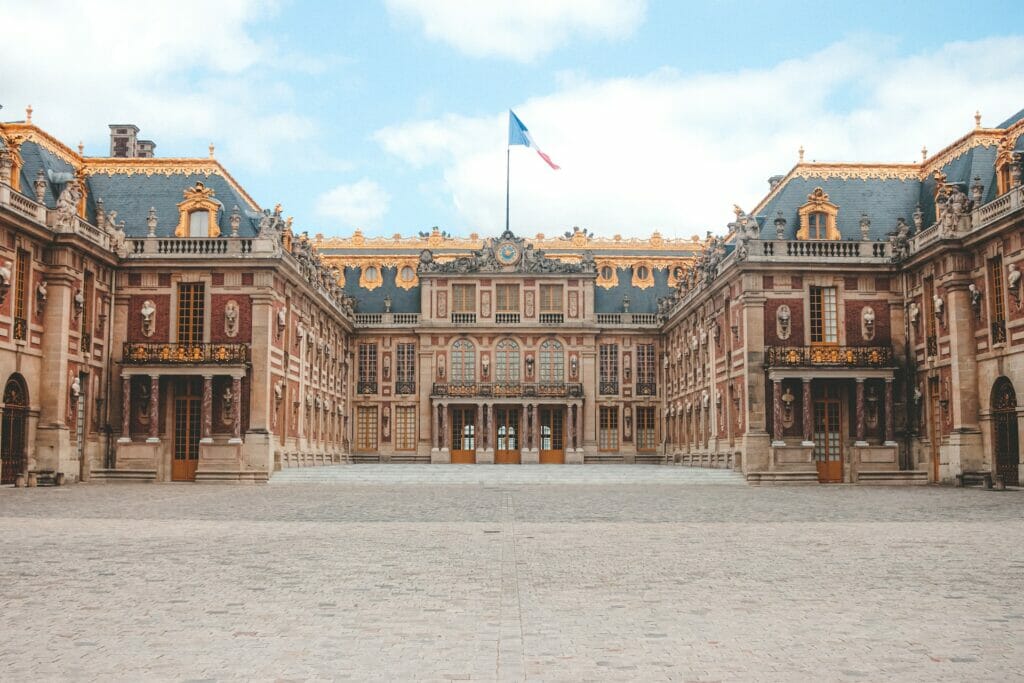 The Jardin du Luxembourg, which covers about 26 hectares, is divided into an English and a French garden section. In between is a forest, a large pool, an apiary, an orchid collection and an orchard with many old apple varieties. The historic palace building Palais du Luxembourg, seat of the French House of Lords, sets the majestic atmosphere. The parks in front of it offer strictly geometric forms and free plantings in the style of English landscape gardens. 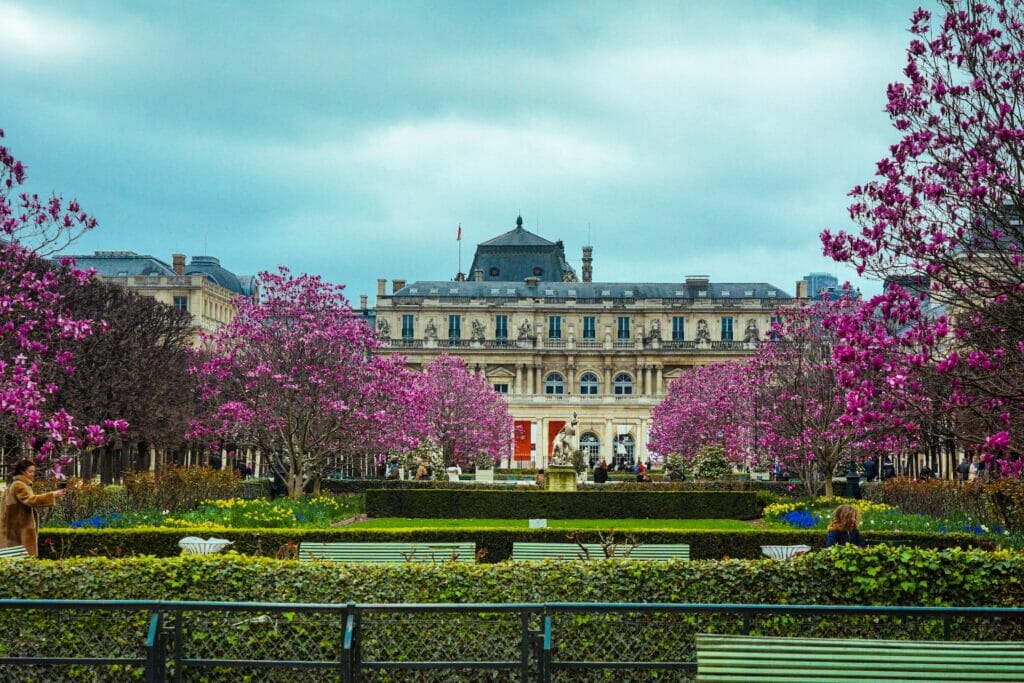 The famous city hill Montmartre, in German Martyr’s Hill, in the north of the city offers walkers a musical flair. Famous artists such as Pablo Picasso, Émile Zola, Paul Gauguin and Henri Matisse once lived here. Even today, this part of the city is known as the artists’ quarter. A picturesque street is Rue Lepic, made famous by the film “The Fabulous World of Amelie” and where the painter Vincent van Gogh lived. 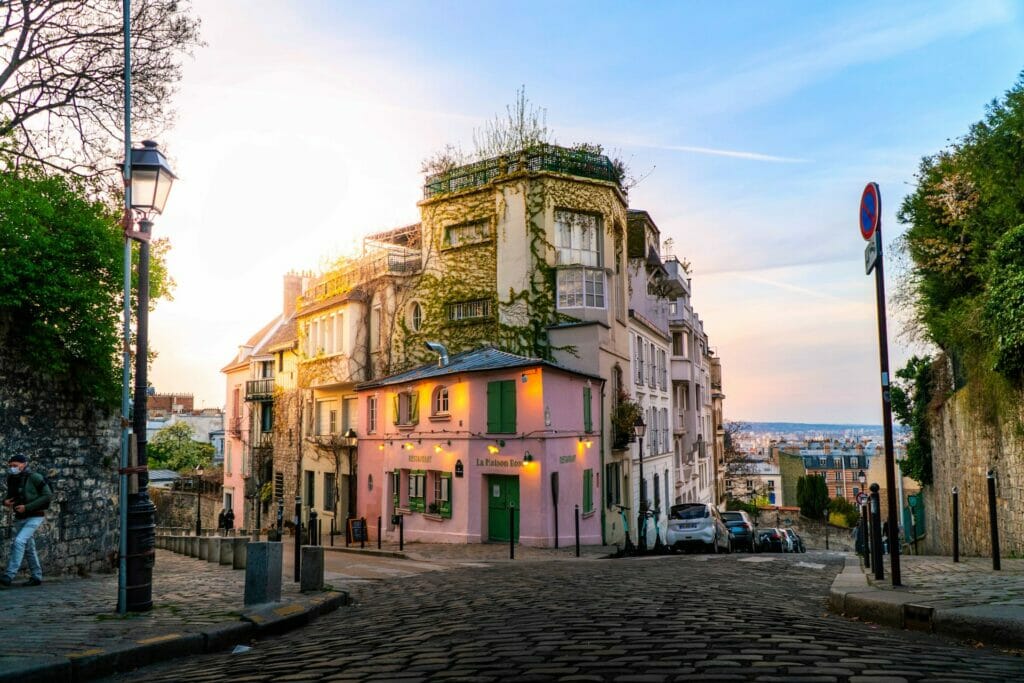 The mighty Gothic-style cathedral on the Île de la Cité is the seat of the Paris archbishopric. It was built for almost 200 years from 1163 onwards. The western façade is particularly impressive, with its two towers almost 70 metres high, the round rose window and the three gates. Large parts of the historic building were destroyed in a fire in 2019, and restoration is a top priority in France. What are the best hotels in Paris? 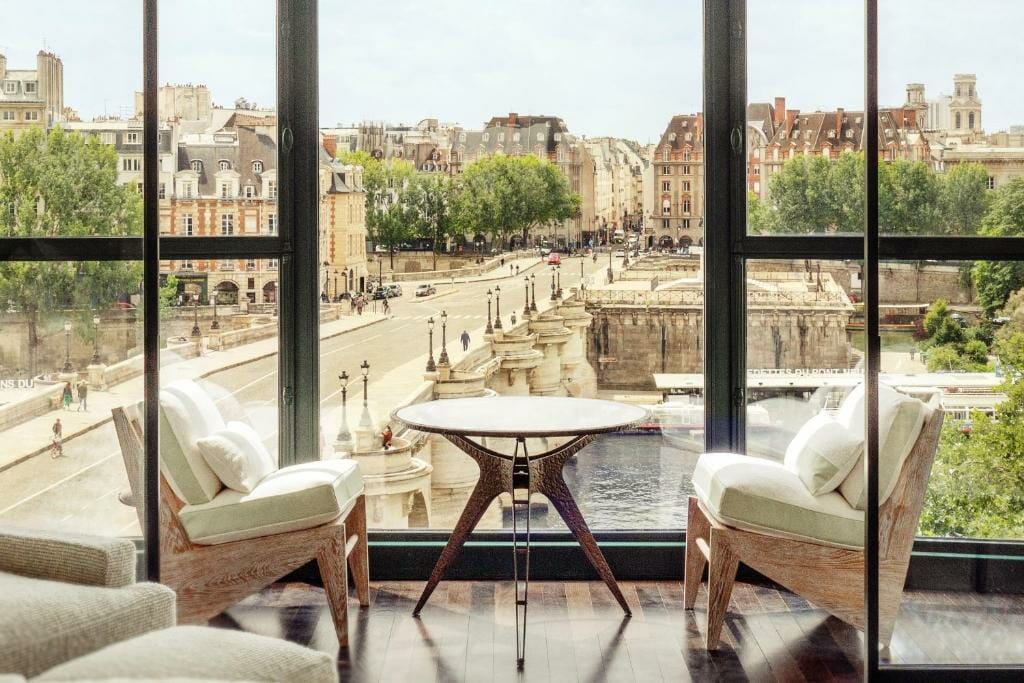 The Hôtel Plaza Athénée is located on the prestigious Avenue Montaigne in Paris. Here you will stay in a luxurious palace with a Dior Institute spa, 5 restaurants, a cocktail bar and a seasonal skating rink. Enjoy elegant accommodation units with a marble bathroom. You are just a 5-minute walk from the Avenue des Champs-Élysées. 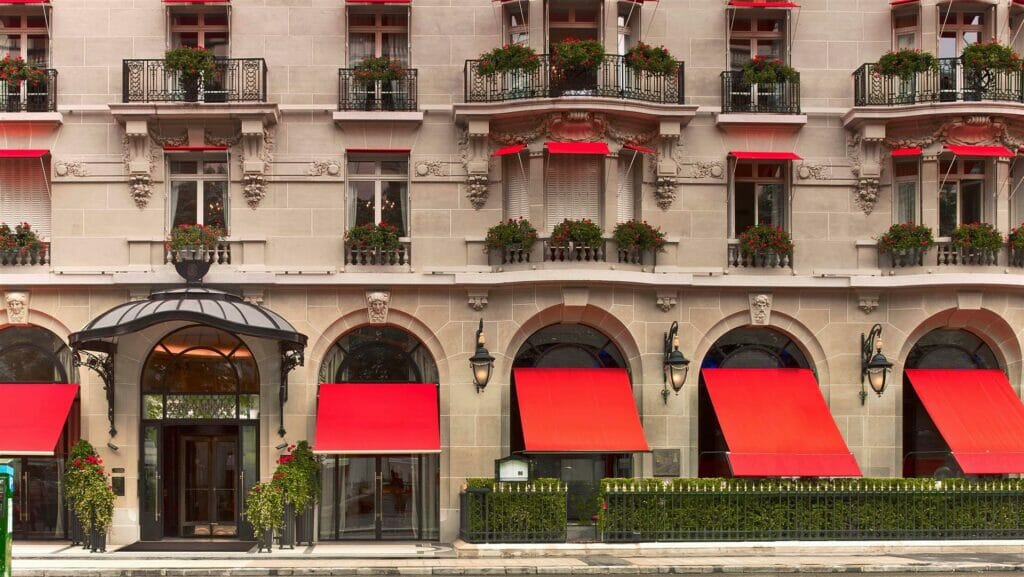 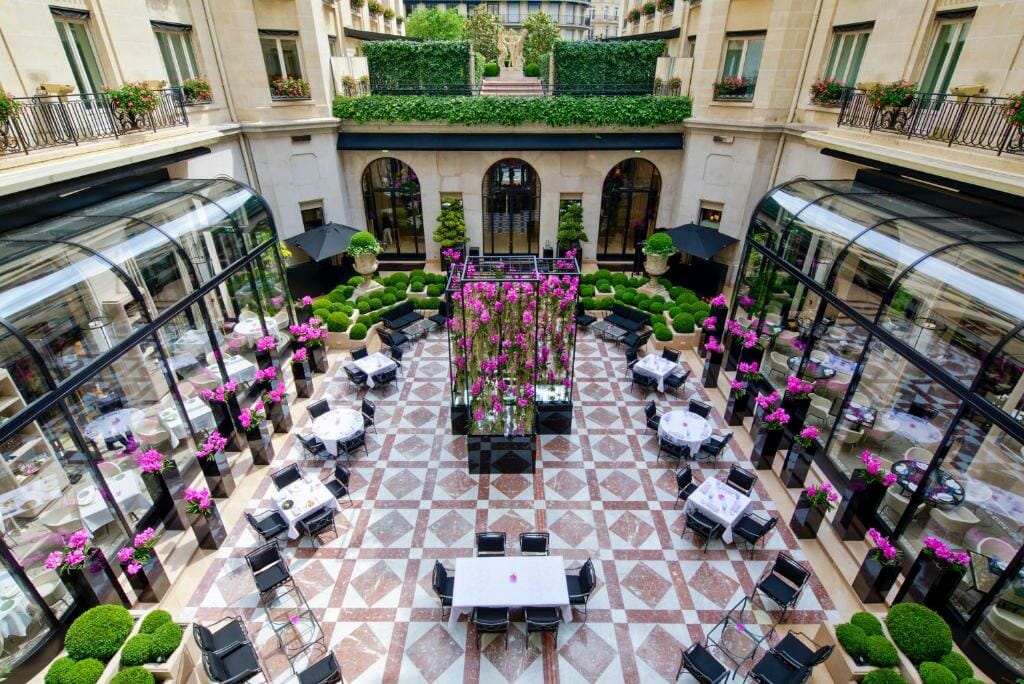 Just 400 metres from the Arc de Triomphe, the Peninsula has a spa, a 22-metre indoor pool and a rooftop restaurant with 360° views of Paris. The Kléber Terrace is one of the largest outdoor gastronomic terraces in Paris. The hotel’s rooftop restaurant L’Oiseau Blanc, with bar and terrace, serves modern French cuisine. Cantonese cuisine can be enjoyed at the hotel’s Chinese restaurant, whose interior style is inspired by Chinese and Western opera. 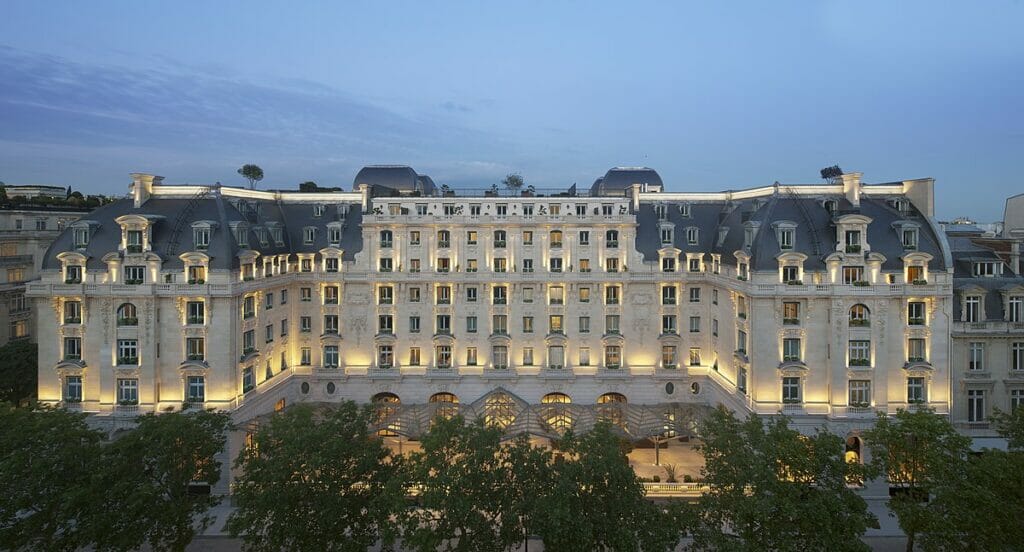 Why book your private jet with FirstJets?

Whereas with commercial airlines you can only land at one of the larger airports and you might be stuck in traffic flying private to Paris with FirstJets enables you to arrive at Paris Le Bourget airport and you will be in around 20mins in Paris center. FirstJets uses it long experience in organizing private jet travel for VVIPs and corporates to offer you street wide the best service.

What is the best airport to travel to and from Paris with a private jet?

Paris Airport-Le Bourget is one of the busiest business airports in Europe. Originally the main airport of Paris, it is now only used for private aviation, which includes business aviation. It also hosts a number of air shows, the Paris Air Show being the most famous example. LBG has a rich aviation history as it was the first and only airport in Paris until the opening of Orly Airport in 1932. It is located in Le Bourget, about 11 km north-east of the centre of Paris, which is about a 20-minute drive. Alternatively, if you want to travel to or from Paris, Paris Orly and Paris Roissy Charles-de-Gaulle airports are also good choices. However, these two airports do not have private terminals.  Ask your FirstJets specialist for more advice on the airport choice.

Charter your private jet to Paris with FirstJets today. Reach out via the booking form or via email bookings@first-jets.com – or easily via the WhatsApp button on the right side.